Starry night vistas that include unfettered viewing of the Milky Way are one of the reasons we and our guests are in love with Sea Ranch.

We, unlike 99 percent of all Americans and Europeans, are blessed with views like the one captured  above by photographic artist and resident of Sea Ranch, Paul Kozal.

Sea Ranch’s starry night vistas are intentionally preserved, which makes us unique to our global brothers. All lighting along the 10 mile stretch is low and downward facing.  This helps to assure light pollution is minimized. The Sea Ranch community’s philosophy of “living lightly on the land” also extends to the heavens, to preserve our starry night vistas.  You’ll find all this is in stark contrast with more than than 80 percent of the planet’s land areas whose night skies are polluted by man-made light making the Milky Way virtually invisible.

New Maps to Locate Starry Night Vistas Around the Globe

New research announced by Fabio Falchi, a researcher at the Light Pollution Science and Technology Institute (ISTIL) in Thiene, Italy, has lead to a new world atlas that attempts to quantify the global impact of light pollution. The research appears in the 10 June issue of the journal Science Advances.  The newest survey quantified nighttime sky quality for every region in the world. Produced using over 35,000 ground-based observations and six months of data from 2014 collected with the Suomi National Polar-orbiting Partnership (NPP) satellite, the atlas is an update to a 2001 work and shows the planet’s darkest and brightest locations in stark contrast.

Starry night vistas seen in the video below shows the new atlas displayed over earth rotating in space. Authors of the New World Atlas of Artificial Sky Brightness.

Another map created in 2006 by David J. Lorenz researcher at the Center for Climatic Research (University of Wisconsin – Madison) in 2006 shows the best locations for starry night vistas. This map’s  user friendly features includes: 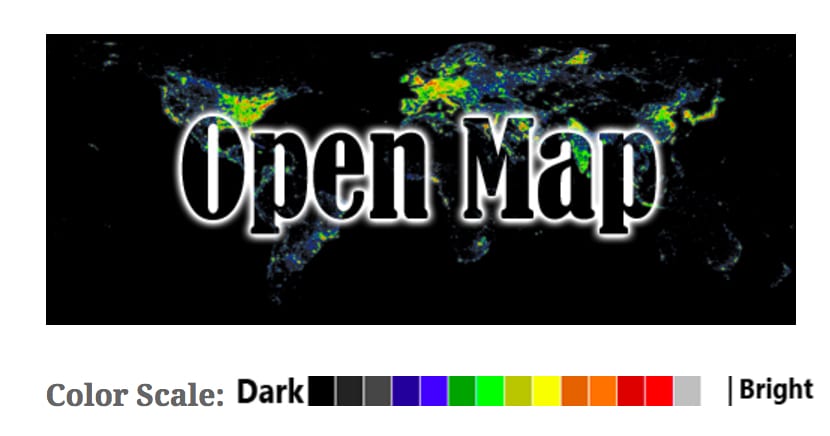 Falchi plans to release a print version of the atlas, and an interactive digital atlas, similar to one from 2006 produced using the 2001 data, is also in the works.

Light pollution is no longer merely an annoyance for astronomers. The artificial brightening of the night sky is profoundly altering a fundamental human experience — the opportunity for each person to view and ponder the sky above in evening hours.

The Milky Way as Muse

Scientifically the planet earth makes its home in the Milky Way Galaxy, which is a collection of stars, gas, dust, and a supermassive black hole at it’s very center. But this “Great River Sky” has been the inspiration across the ages for many cultures.

For the Armenians it was the path of spilled straw stolen by the god, Vahagn who stole some straw from the Assyrian king Barsham and brought it to Armenia during a cold winter. When he fled across the heavens, he spilled some of the straw along the way.

Cherokee folklore, tells of a dog that stole cornmeal from their people. When the dog was chased away, he ran away to the north in the heavens, spilling it along the way.

The ancient Egyptians saw it as a pool of cow’s milk, while in Hindu mythology the arcing galactic arm was likened to a dolphin swimming through the sky.

But now, with the increased global light pollution we have distanced ourselves from the gods, the insights, the mysteries that have ignited those before us.

“In the first atlas we had a hint of what was happening, but these numbers are shocking,” Falchi says. “We have lost the connection with our roots, of literature, of philosophy, of science, of religion—all are connected with the contemplation of the night sky. A new generation can no longer appreciate this beauty.”

Study co-author Dan Duriscoe, is a physical scientist with the National Park Service’s Natural Sounds and Night Skies Division. His work since 1994 with the Park Service includes 36 years of collected light measurements in national parks. He notes that the East Coast, apart from a few scattered points in West Virginia, Pennsylvania, and New England, it’s extremely difficult to get to a place with full viewing of the stars.

“People could get that experience closer to home decades ago, but now they’re forced out into Utah or Death Valley or Yellowstone, somewhere far from their backyards,” Duriscoe says. “There’s an increased public awareness of how this is a rare experience and becoming one that will cost them some money to go see.”

That experience is still available at Sea Ranch- intentionally. You’ll not see any street lights, all business lights and home lighting must be shaded or downward pointing.

We get it at Sea Ranch…. so that YOU may enjoy it too!

How to View the  Milky Way at Sea Ranch

Experts advise summertime’s clear and moonless nights, especially in July, offers the best viewing for the Milky Way. The clearest skies will appear just after the passing of a cold front.

Just remember when viewing at the Milky Way at Sea Ranch the inland heat of the summer often draws the coastal fog inward.  I would suggest even better viewing would occur late August to early October.

When viewing from Abalone Bay be sure to bring a flashlight to light your pathway. Turn out the lights in the house and turn off your flashlight. Next, allow your eyes at least 20 minutes to adjust to the darkness and become fully sensitive to faint light.

Then just look up into Sea Ranch’s starry night vistas.

What will you see?

Not the brilliant splash  of stars arcing across the sky seen in photographs made with long exposures.

The real Milky Way resembles faint broad rough ribbon of dim light with a whitish glow, stretching in a huge arc from the southern to northeastern horizon across the entire sky. It has a mottled effect, kind of like a fluffy cloud.

The diffuse light is the combined light from millions of stars. Some of the light from these stars are obscured by large clouds of dust, which is why there are dark patches. Dust and gas are necessary to form stars, and most stars are formed within the spiral arms.

Note that we can’t really see the center of the galaxy with our eyes because there is dust in the way!

All you have to do is book at stay at Sea Ranch Abalone Bay …. Then just look up!

This site uses Akismet to reduce spam. Learn how your comment data is processed.